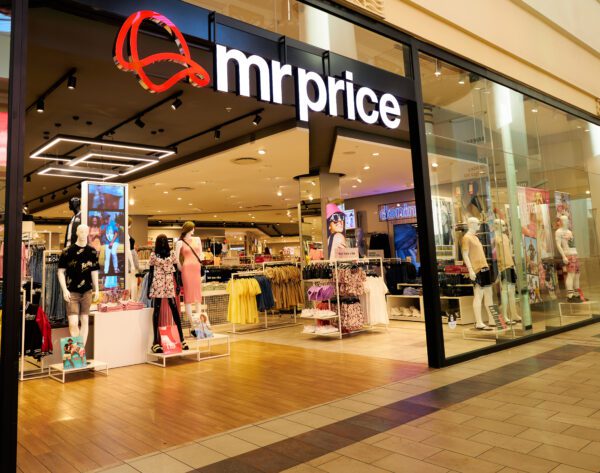 Mr Price Group’s share price leapt more than 5 percent on Friday in intraday trade after announcing that retail sales and other group income grew by a whopping 19.2 percent to R9.3 billion in the quarter to January 1, 2022.

The group said in a trading statement for the 13 months to January 1, 2022, that the strong growth in income included the recently acquired Power Fashion (PF) and Yuppiechef excluding which, income came to R8.3bn.

The positive momentum was attributed by management to strong execution of the diversified and differentiated, fashion-value business model. This was in spite of external challenges that included many hours lost due to load-shedding, and that the quarter started with 41 unopened looted stores.

The market leading performance during the third quarter of the 2021 financial year, where it grew retail sales 5.8 percent, created a firm base relative to the market’s decline at that time of 3.6 percent, according to the Retailers’ Liaison Committee.

“Focus over the quarter was on selling more full price items in a retail environment that was highly promotional, particularly November 2021. The result was a short- term loss in market share during October and November,” management said.

However, the gross profit margin was maintained as planned, and the strong December 2021 performance provided confidence that the group would regain its market share gaining momentum, the statement added. In the third quarter, apparel sales grew by 19 percent, and excluding PF, apparel sales were up 6.4 percent, compared with the same period in 2021. The Home segment increased sales 8.3 percent.

The group launched its new e-commerce platform at the start of the period and it recently acquired Yuppiechef. Group online sales including this acquisition increased 51.8 percent, making a 2.7 percent contribution to total retail sales, against the high growth of 66.3 percent experienced in the 2021 financial year. Total unit sales grew 1.2 percent and group retail selling price inflation was 4.6 percent. The gross profit margin expanded 60 basis points over the period.

The store footprint increased by 45 stores – by 60 including new stores from acquisitions – to 1 702 from its half year ended October 2, 2021. Trading space increased 2.1 percent and by 8.9 percent including acquisitions. To date, 96 of 111 looted stores had re-opened and the balance were expected to re-open in the 2022 and 2023 financial years.

Cash sales grew 4.6 percent – including acquisitions 17.9 percent – and constituted 87.1 percent of total retail sales. Credit sales increased 10.6 percent, albeit off a weak base. Cellular handsets and accessories, available in 375 stores across the group, grew sales 18.7 percent.

Power Fashion’s performance continues to improve since the disruption of the civil unrest in July 2021, gaining market share in October and November 2021, despite trading with the highest number of unopened looted stores in its store base.

Yuppiechef continued to grow in line with expectations.

Rising input costs and exchange rates were expected to lead to higher merchandise inflation in the new financial year.